Every Must-See Government and Historic Site for Students in Washington D.C.

It’s only right that American history and politics are explored to their fullest potential on a student tour of Washington D.C. The iconic city has served as our nation’s capital since 1790, and there’s a wealth of history that’s taken place there before then until this very day. On an educational tour of D.C., middle and high school students have an opportunity to witness history they’ve only read about come to life before their eyes. From government powerhouses to monumental memorials, these sites come together to solidify a deeper understanding of America’s story. 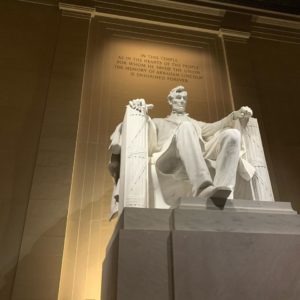 Middle and high school students have likely been learning about the Civil War since elementary school, so a trip to the Lincoln Memorial is a crucial capstone of their studies. At the Lincoln Memorial, one of the most important figures of American history is immortalized in stone. Seeing the 175-ton marble statue of the 16th president will solidify what a larger than life figure President Lincoln was to our nation. The memorial sits directly over the Reflecting Pool, where students can walk around and stand in the exact place where a crowd of thousands heard Martin Luther King’s “I Have A Dream,” speech in 1963. Additionally, the steps of the Lincoln Memorial are an excellent viewing place of the Washington Monument.

When it comes to recognizing those who fought to abolish slavery, Frederick Douglass is a name that will live on for eternity. Not only does his historic site give students an inside look into his journey to becoming an abolitionist, but it’s also the place where he spent the last 17 years of his life.

Park rangers lead the tours, bringing each room to life. Students get the unique opportunity of seeing original belongings and writings of one of history’s most influential African Americans. 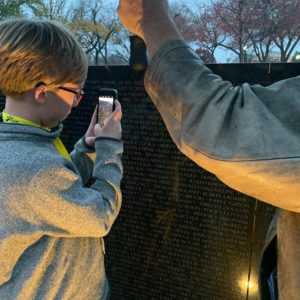 One of the most somber parts of Washington D.C, this massive cemetery is the final resting place of over 400,000 members of the armed forces and government. What students will learn about respect during a tour of the 624-acre cemetery is a much greater lesson than any fact they could memorize.

Students should stay long enough to watch the changing of the guard at the Tomb of the Unknown Soldier. It’s a memorial specifically for unidentified and unaccounted soldiers of World War I, World War II, the Korean War, and the Vietnam War. The symbolic ceremony calls for students to remain silent and standing, reflecting on the great sacrifice thousands of men and women have made.

Reading about the White House doesn’t compare to seeing the historic home in all its grandeur. Public tours of the White House are limited to the East Wing, which is still a worthwhile experience for students. There are Secret Service members stationed in each room, so students can ask specific questions about the room and architecture, or about government processes in general. 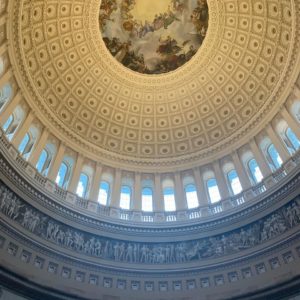 Any future politicians in your tour group will instantly light up during a tour of the U.S. Capitol. Here, students will gain a greater understanding of the legislative branch of government through an informative tour. The historic paintings of the Rotunda will also help illustrate American history where words cannot.

For those students who want a first-hand experience of what they may be doing years down the line in Congress, separate passes to see the Senate and House Galleries can be obtained through the offices of their senators or representative.

While there are a host of other sites to take in during a trip to the nation’s capital, visiting these will give students a solid understanding of how government processes work, as well as the history that has played a part in where the United States is today.